Friday April 1st, and it’s not a joke, Samuel Becuwe will wear his pretty pink kit and ride for DigestScience. He will start from Crochte and reach Montcuq in the Lot. 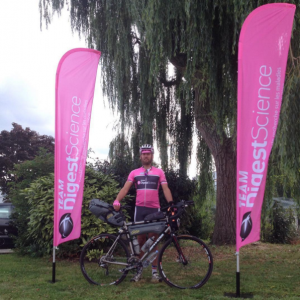 1500 km off-road on the French Divide trace to: